7 Things You Need To Know About Mass Customization with Robots 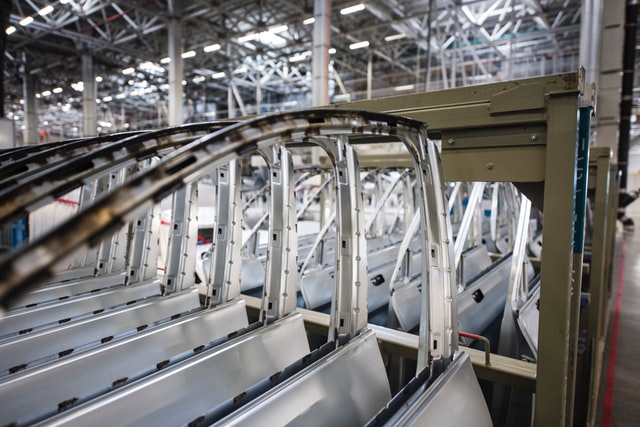 Photo by carlos aranda on Unsplash

Mass customization is how manufacturing takes place these days. In the time of personalization that we’re in, robots are essential tools. The baseline for manufacturing in the past was mass production. Since Ford’s first significant production line to build the Model-T car, a good manufacturing business has been about increasing production volume to reduce production costs. That’s no longer the case now.

Mass customization is the way now in manufacturing. In this sense, mass customization is almost the reverse of what traditional mass production is because the products are custom-made to fit the customer’s request. While mass production hasn’t lost its place just yet, everyone, including large-scale manufacturers, wants to personalize their products for the mass market.

According to Investopedia, mass customization is a manufacturing and marketing technique that combines custom-made products’ personalization and flexibility and the low unit cost of mass production.

There are many benefits to mass customization, according to a paper writing service from Samuel Bouchard in 2011. Some of the benefits he mentioned are:

This post is nine years old, but mass customization was already obviously a winning strategy at the time too. There were already talks of it as far back as in 1997 when Harvard Business Review published an article about mass customization. So, it isn’t something new or a 2010s thing. It is the manufacturers that took their time before catching up with the trend. Thankfully they’ve caught the bug now, and we can boldly say that we’re in the era. A 2019 Deloitte report states that customers already expect the customization and don’t mind paying the extra buck for it.

For a long time now, robots have been used for improving manufacturing efficiency; however, this was mainly for mass production. There’s a popular misconception that customization will reduce the efficiency of production. However, this is very far from the truth.

According to an assignment help article by David Gardner, Silicon Valley Pioneer: mass customization is the ability to create a customized product and retain the efficiency of a mass-produced product.

Modern robots are useful for improving efficiencies with low-volume, high-mix environments with a high customization level.

Mass customization uses a new strategy that requires some changes to the process of production. The changes involve neglecting the format of production that uses an assembly line to small modular production cells.

With robots, there is a core technology that enables modular cells. However, the cells aren’t required to be automated entirely. With collaborative robots, it is possible to mix the automated processes with the manual process in ways that were not possible when using the caged traditional industrial robots.

Data and connectivity are the personalization path.

Mass customization has some technological changes, but the movement focuses on human change. An article from the dissertation today explained that the most critical question is how much connection you feel with your customers and how connected the customers feel to you.

The key to unlocking customization is a connection, and this means you have to use data. The good thing is, consumers don’t mind giving up their data if it means that the companies will give them personalized products in return. For mass customization to be successful, manufacturers must use their data to boost production. This includes the use of robot monitoring software.

The primary reason behind the success of modular production cells is that it is easy to replicate the cell design to boost the manufacturing process’s production as a whole.

This is a copy-paste approach, and it is an ideal way to start to use collaborative robots. By copying our robot’s setup into a different production cell, you get to do things much quicker. The challenges you face are much reduced, unlike when you have to integrate and design a new robot cell entirely.

You might not know how beneficial customization is if you aren’t already using it for your manufacturing processes. Understandably, you have to be sure of the changes you are making to your business, whether it is worth it or not, before you embark on it. Customization has always been an excellent theoretical idea but hard to implement until the more recent years. Like it was stated in a McKinsey report for essay writing service reviews in 2013: marketing and sales teams are primarily driving mass customization because they understand the demand and importance of customized products even if they’re unable to make profitable customization by themselves.

The necessary technologies, including robotics, have improved their ease-of-use and capabilities since they wrote that report. According to a more recent Forbes guide, 40% of the executive surveyed report that customization and customer personalization have directly impacted their sales and have helped them maximize them.

Everything revolves around the human touch.

There are many talks about the technologies of automation and robotics. However, the main benefit of customization and the real driver of it is the human connection. Back in time, artisans and craftsmen used to produce customized products for their customers, and everything was made to order. After abandoning that for a long period, there seems to be a recent resurgence with customer customization, and it’s quite natural. More customers respond to companies and businesses more personally as they appreciate that real people produce the products. So, although robots are used for mass customization, it's not about robots; it's about humans.

Mass customization is the way forward for manufacturing as it enforces customer personalization. Although it's common knowledge that robots are behind mass customization, there are many other things that you need to know.

Author’s Bio  Kurt Walker has been working as an editor and a copywriter at EssayWritingL and in London for three years, where he provides assignment writing service. He is also a professional content writer and journalist and provides assignment help in such topics as inspiration, productivity, education, and technologies.

10 Excellent Benefits of Using Chatbots in Your Business

How Robotics Are Being Used in Real Estate Businesses