How Will The Use of Robots Impact The Banking Sector

BOT BANKING ARE YOU READY FOR THE FUTURE

Robots are gradually changing the face of modern banking. Think the ubiquitous ATM, virtual tellers, or even Robo advisors in wealth management, which may soon become a common sight in the financial services industry. Their potential invasion into the banking sector has many observers worried about how it could affect the industry.

Proponents of these technologies argue that they have the potential to reduce costs, expand skills, and improve customer experience. Skeptics, on the other hand, are worried that the rise of robots could mean the beginning of the end of human participation in the banking industry.

BENEFITS OF USING AUTOMATION, ROBOTS IN THE BANKING SECTOR

While people still perceive robots as threats, a study conducted by IT and consulting firm, Cognizant reveals that this need not be so. The research found that automation and technology should not be feared as they actually offer benefits that may not be possible otherwise. Findings from the study revealed that front-office and customer-facing automation brought about at least 15% cost savings each year.

Other benefits of automation were found to include more standardized process workflow, lower error rates, improved management of repeatable tasks, as well as a lesser need for multiple systems or processes to complete an operation. Indeed, the fusion of digital technology and automation into the banking industry has enabled managers to offer more streamlined and efficient products.

HUMANS AND TECHNOLOGY CAN COEXIST

Many people worry that the rise of automation in the banking industry could lead to a massive trend of unemployment for bank workers because these technologies would do the work of many employees at a cheaper cost. They opined that as technological advances are made, jobs that previously required manual oversight will be in short supply, leading to a fall in demand for human workers in the banking sector.

Such concerns have lingered on for years. However, research carried out by Accenture suggests it may be wrong to conclude that the rise of automation in the financial services industry could lead to job displacements in the sector in the long run. The study shows that contrary to such widespread beliefs, organizations that embrace intelligent automation may see their revenues increase by as much as 32 percent by 2022. More importantly, employment could also rise by 9 percent over the same period.

This, it is believed, will be occasioned by job change and evolution. More so, humans will be needed to teach, monitor, and maintain these technologies. On its part, automation will boost human skills and judgment. Not to mention that banking sector jobs that require creativity, judgment, and empathy will still need humans to be in control. 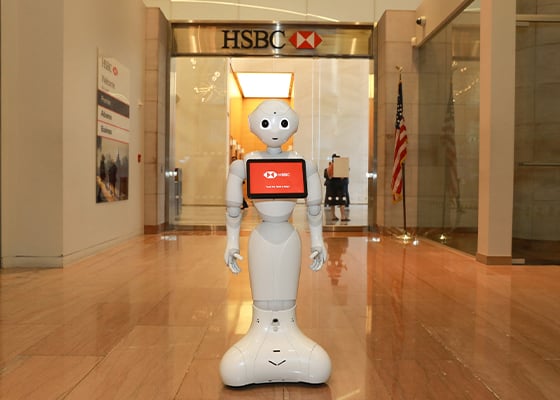 Previous Story
← Restaurant Automation: Robots in the Foodservice Industry
Next Story
How Robotics Can Help the Construction Labor Shortage →